Construction Software is Heading Toward the Cloud

There is a perception that construction software applications are only affordable and needed by large multinational companies working on billion-dollar jobs. However, Daniel De Monte, President of Toronto’s Flat Iron Building Group, states that is not actually the case.

“We’re a boutique construction company,” De Monte says. “We’re not EllisDon or PCL. But we saw the way the economy was changing and things were shifting and we knew we needed to be efficient and communications is a big part of that.”

De Monte says it was the logical choice to get with the times.

De Monte continues by saying, “we can’t change our methodology in construction — timelines are shrinking, owners and clients are always looking at costs and financing costs. We needed a way to be more efficient, to fast track our ability to do what we do and that’s what led us to the software.”

Ken Feinstein, director of marketing and the designated sustainability advocate, states that Flat Iron started looking at software applications for the industry about three-and-a-half years ago and until recently was using the Procore suite of modules.

Procore has 750,000 users worldwide in 92 countries and claims to be the most widely used construction software application.

“What we like is that the app is on the device, the phone or the tablet, and the data is in the Cloud where everyone can share it,” says Feinstein. “The relevant email, the changes, the site issues, everything is there to see for everyone involved from the owner, to the site superintendent, to us here in the office.”

For example, he says, on a recent $4.5-million job for Brookfield Global Integrated Solutions, a 70,000-square-foot interior renovation, there was a site issue. The site superintendent took pictures of the issue, described the problem and sent it out to the team of designers, engineers, trades and support staff.

“Then he booked a conference call and discussed it, came up with a decision as to how we were going to resolve it and by end of day we were back on track,” says Feinstein. “In the old way we would all have had to go down there, meet, look at it, go back, then get back for a meeting on how to resolve it. It would have taken days.”

He says the software, which also serves as a hub for all related documents, is as effective on longer-term projects as it is on short and mid-length jobs. Those smaller companies are catching on to what mid-sized companies learned long ago.

“We’re looking now at other software for estimating, for example, which is more purpose-built and which may suit our needs better,” De Monte says.

As with any new technology, there’s always a learning curve but the shift from paper to digital wasn’t difficult, he adds.

“In construction, it’s true that things don’t change quickly,” De Monte says. “And not all of our people have fully embraced the technology. Certainly some people use a lot more of the features than others, just as in an office, some are better at Excel.”

And not all clients want to deploy the construction project management system on their projects, he says. “We’ve had some who have said, ‘no, stay with paper,'” he explains. “But it really is about transparency. People talk about transparency, but here everything is there. […] The system even reminds you if you haven’t completed an assigned task.” 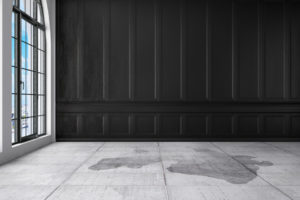